Victron DC to DC Orion Chargers. Isolated or Non Isolated ? Which is right ?

The primary goal of a self-consumption system is to optimise the use of solar and/or wind power. The major problem of grid-tie solar system is that power generation times do not match with the actual times of power use.  Your system is being forced to import energy from the grid and export it when there is a surplus.

In an optimised self-consumption system, surplus energy is stored locally for local on demand use. Such energy storage is becoming an increasingly attractive proposition, especially with feed-in tariffs decreasing and grid supplies becoming less stable and more expensive.

For a self-consumption system there is always a grid present. With Grid assist functionality the grid can be used seamlessly, whenever there is a high peak load, meaning the inverter can be sized according to the base load. The baseload is the part of the total energy-need which generally comes from low powered equipment and these loads continue to draw energy almost constantly over the 24 hours of a day.

Examples of this are heating pumps, chargers and the standby power of household equipment. In order to optimise PV usage and limit the import of energy this base-load is the most efficient part to target.

Avoiding the import of the total energy need is possible but this would require a higher investment in the inverter, as it must then be able to cover for high loads. Most high loads are however peak loads and active over a limited period of time. So even though this requires a high energy supply, the time period is limited and the energy value within this peak-load period is quite low – so the investment in a larger inverter is often not justified.

When considering battery capacity, a self-consumption system is able to work with a smaller battery capacity. The energy stored in such a system is limited to the surplus PV power as part of the generated PV power is directly used by the loads. In this case PV power is sized according to the base load and any surplus energy is used overnight.

Can I add batteries and inverters to an existing FIT (feed in tariff) System ?

Most practical solution to add battery storage to an existing grid connected PV system.  The first step is to install an AC-Charger that will be connected to the consumer unit of the property. Inevitably this inverter will charge the batteries from the energy produced by the existing grid-tie solar PV system. Without affecting the FIT payment or your contract with the Energy Supplier, you will get full control of your energy production.

Photo Album with three phase system for self consumption

The above project is located near Birmingham UK 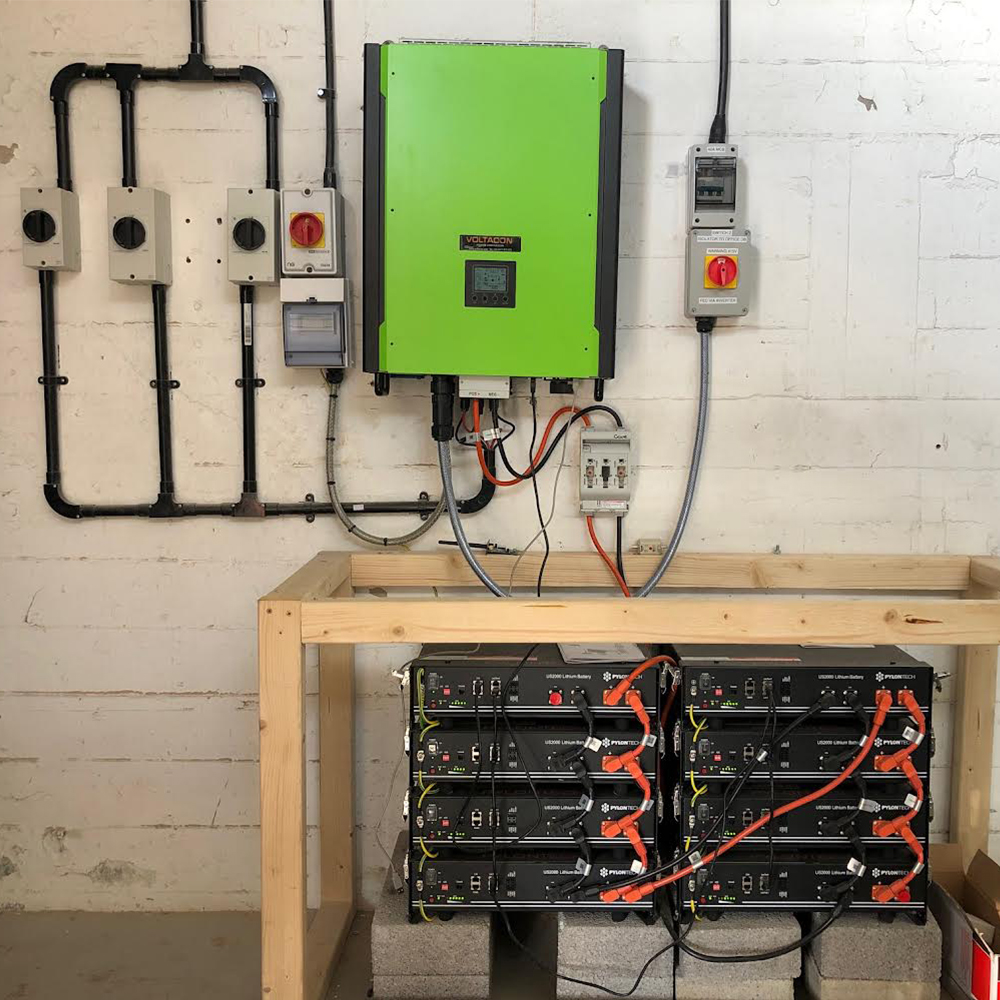 19.2kWh of solar energy is stored in Pylontech US2000C batteries. The 3-phase hybrid inverter with integrated charger, operates in parallel with a 400VAC grid. The system is used purely for self-consumption with zero kWh exported back to the national network. 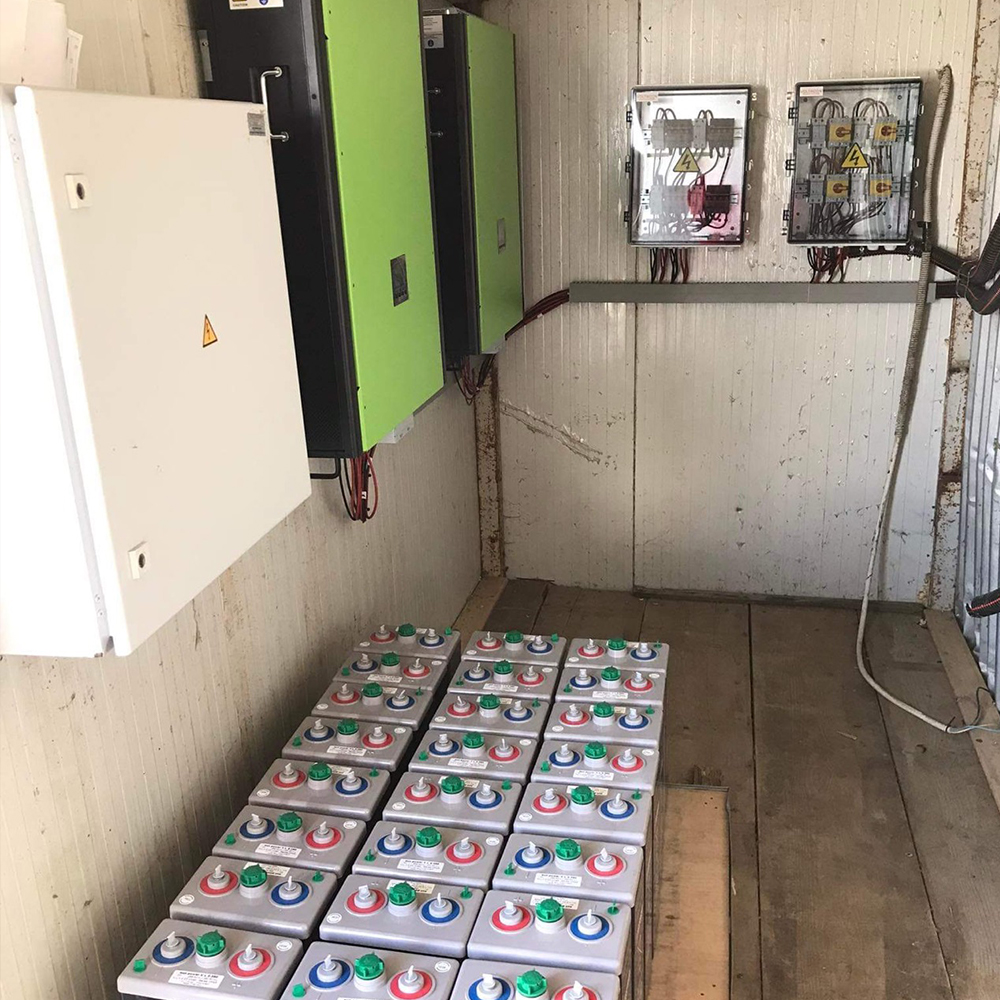 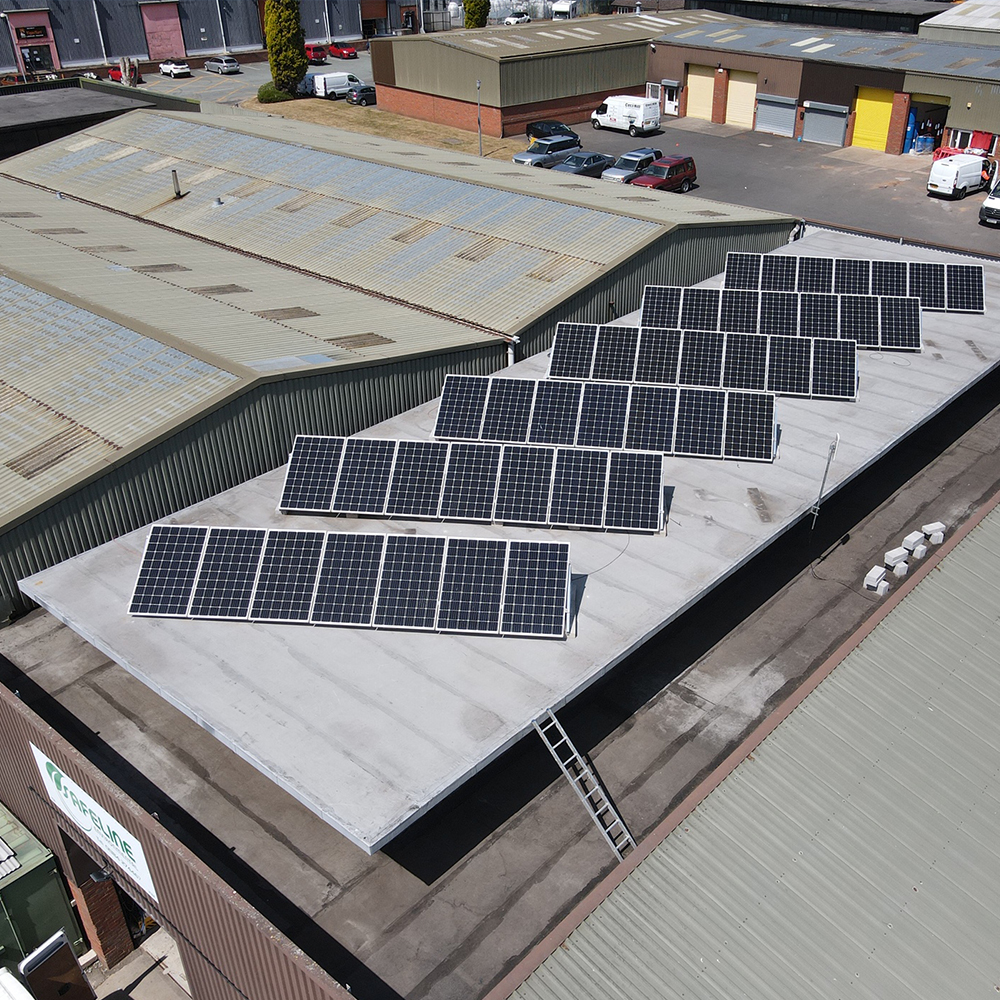 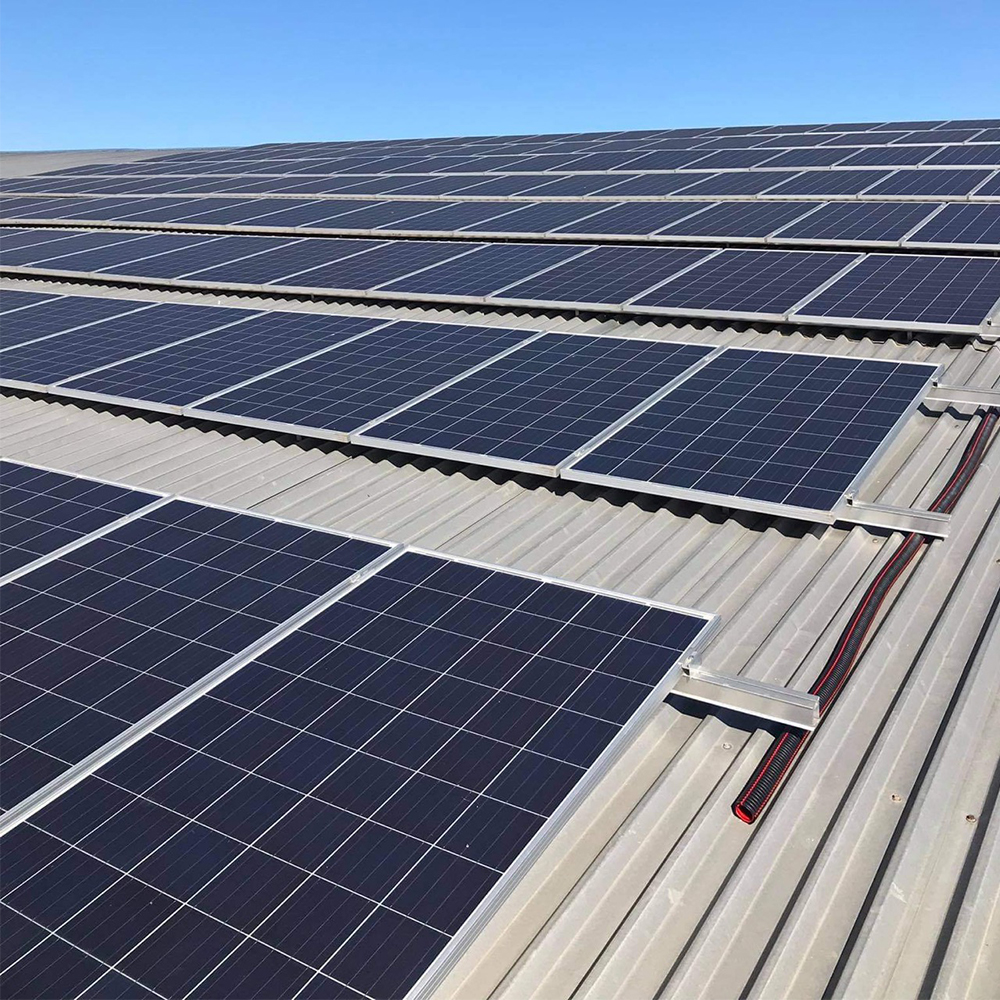 8 PV- strings of 19 solar panels in series are connected to the 8x MPPT input of the hybrid inverters. The DC voltage fluctuates between 600-700Vdc

Where do I connect the new inverter for self consumption ?

It is critical to install the energy meter before the consumer unit of the property and not to the ac input of the inverter. The digital energy meter has to measure the total energy consumption and feed this information back to the inverter. The data will be used by the inverter to automatically adjust the power flow from the batteries and solar panels to the consumer unit achieving self consumption and zero power export back to the grid. 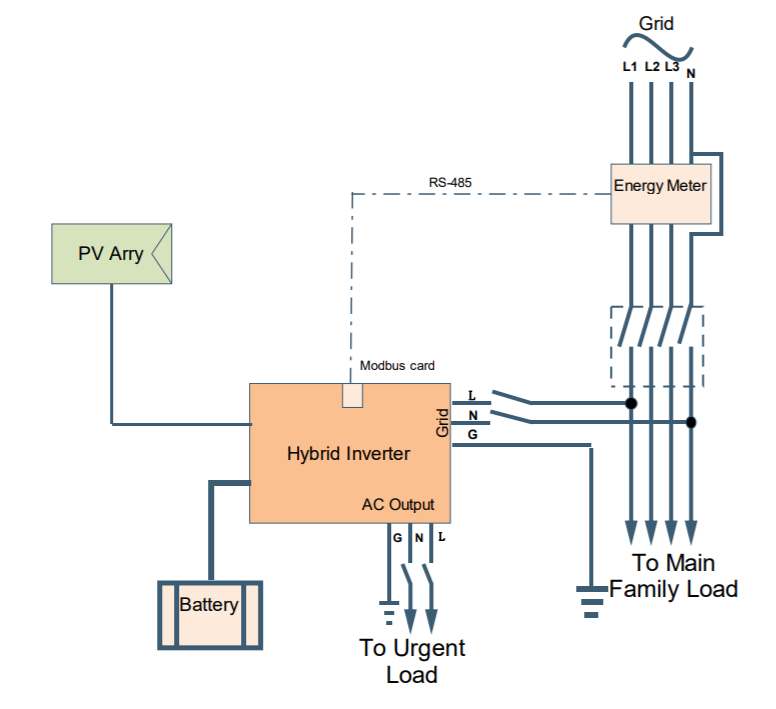 Designer and developer of solar photovoltaic systems from 1kW to Megawatt range. Steve worked for Alstom and General Electric for 11 years. He develops solar inverter and complete systems with energy storage that are affordable, easy to install, and have a quick return on investment.