Lynx distribution system with 4 DC inputs and fused terminals, up to 4 distributors are linked together to form large battery banks, solar and wind energy systems

Need Help? Click here to send us a message
Skip to the end of the images gallery
Victron DC Distribution Systems 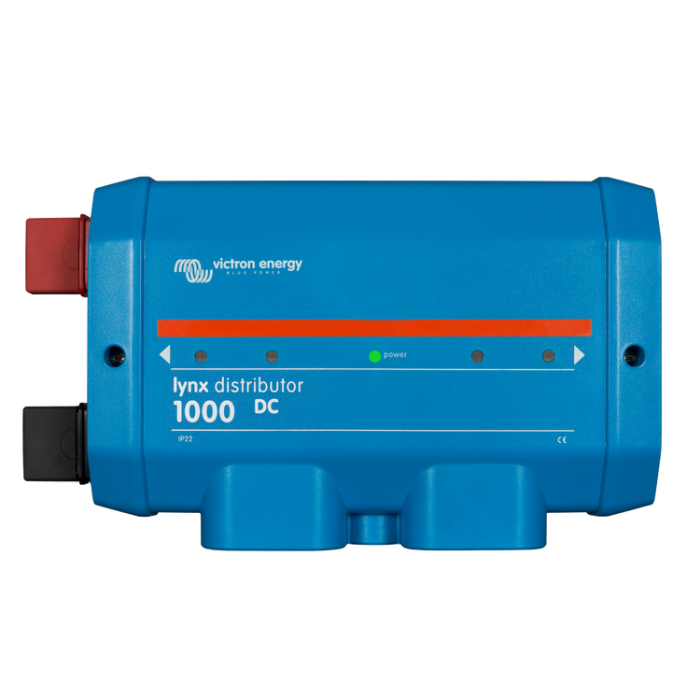 A modular DC busbar, with locations for four DC fuses. It will monitor the status of each fuse, and indicate its condition with a LED on the front. Part of the modular Lynx distribution system.

The Lynx Distributor has a power LED and four fuse status indication LEDs.